Recently, I completed the 30kms Coastrek for the first time to raise funds for the Fred Hollows Foundation. The primary focus of the Foundation is to put an end to avoidable blindness. Fred Hollows left an incredible legacy with his generosity of spirit and his tireless efforts to restore eyesight to thousands of people in Australia and overseas. He believed that no person should be denied access and that the basic attributes of mankind should be to look after one another. When he became ill with cancer, he and his wife Gabi created the Foundation to continue Fred's dream.

The trek day was the end (or was it..?) of a wonderful journey. It prompted me to think about what made this experience so good. Hiking is not new to me. I have done many hikes and a great deal of them more strenuous and remote than Coastrek. To me it was so much more than hiking. I felt aligned the cause, motivated to give back and consequently moved to join the other 500+ teams of mostly women to complete the trek.

Three days prior to the event, the Fred Hollows Foundation released their annual report. The 2017 results speak for themselves. However, it is worth sharing the astonishing global impact of their work. In 2017, more than one million eye operations and treatments were performed. Over 18 million people were treated with antibiotics for trachoma, 100,000 people trained in eye care and 2.5 million school children and members of the community were educated in eye health. To facilitate this work, 66 medical facilities were built, renovated or equipped and finally, the Foundation provided over 3 million dollars in equipment and infrastructure.

Melbourne Coastrek this year raised over $1.6 million to support this work. With so many participating teams, each with a minimum fundraising goal of $2000, it is easy to do the math. That $2000 team goal seemed like hard work in the beginning. We planned an event to fundraise, but as the donations trickled in, we saw the benefits of our shared efforts and we didn’t need to run the event. In the end, we exceeded our goal without too much effort.

I went searching for reasons why as a group it became so much easier to reach our goal. Fundraising research helped shed light on how it works. Team fundraising often brings in 60% more donations than solo. It builds camaraderie and brings in new supporters and increases engagement. When the team support builds momentum, the peer to peer fundraising takes advantages of pre-existing relationships and trust between you and your sponsors instantly increases the credibility of your appeal. With increasing trust, we are more likely to support an organisation that a friend supports rather than one we don’t know. When teams compete, they feel more committed to the team’s goals and in turn, it is easier to share team goals than your own personal ones.

Apart from the science behind team fundraising, there are simply things that make you feel good. Friendships are built and strengthened by achieving success together. There is an increased understanding of the value of what a team can do when you put your mind to it. It gives individuals the confidence to share their own personality and ideas when sharing the team goals and with growing confidence, they are then motivated to spread the word further.

Our team have been friends for years. We’ve lived abroad together, raised our families together and shared life’s highs and lows. Our weekly training, shared pain (of stairs..) and celebration of meeting fundraising goals all strengthened our bond as friends.

On race day, we were nervous! Only two of us had actually done a trial 30kms trek. The day was perfect, the wind was still, the back beach was calm and the view spectacular. Collectively, the chatter of a few thousand participants could be heard over the dunes. The weather improved, the sun came over Point Nepean showcasing our penninsula at its best. It’s hard to describe the emotion of crossing the finishing line with my team mates in something like that. It was a wonderful sense of achievement at not only completing the 30 kms, but that collectively we can do good things. Our team was just a tiny part of the gigantic effort of the Fred Hollows Foundation and its work.

Thank you to all the trekkers, volunteers, to Gabi Hollows, the founding director and to the board who steer the Foundation to continue to do amazing things! Although the trek was the end, the journey hasn't ended for me. It changed my perspective, helped me see that I can make a difference too. 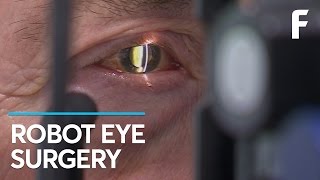